Build It and They Will Come Up the Inuvik-Tuktoyaktuk Highway 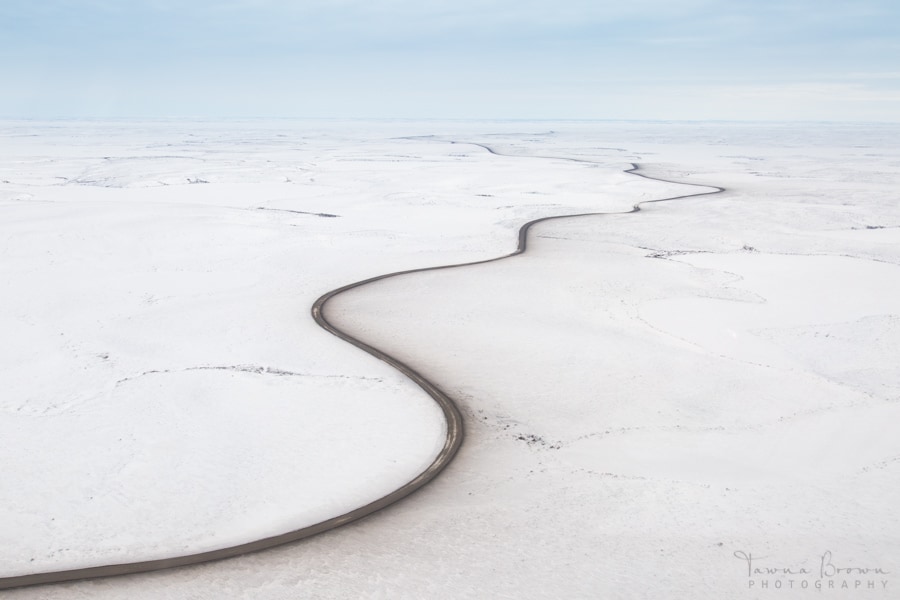 November 15, 2017 marks the official opening of the Inuvik-Tuktoyaktuk Highway, a $299 million 140-kilometre all-weather gravel road leading to the Arctic Ocean. This highway represents the final link of a transportation network spanning across Canada, connecting its people from coast to coast to coast. 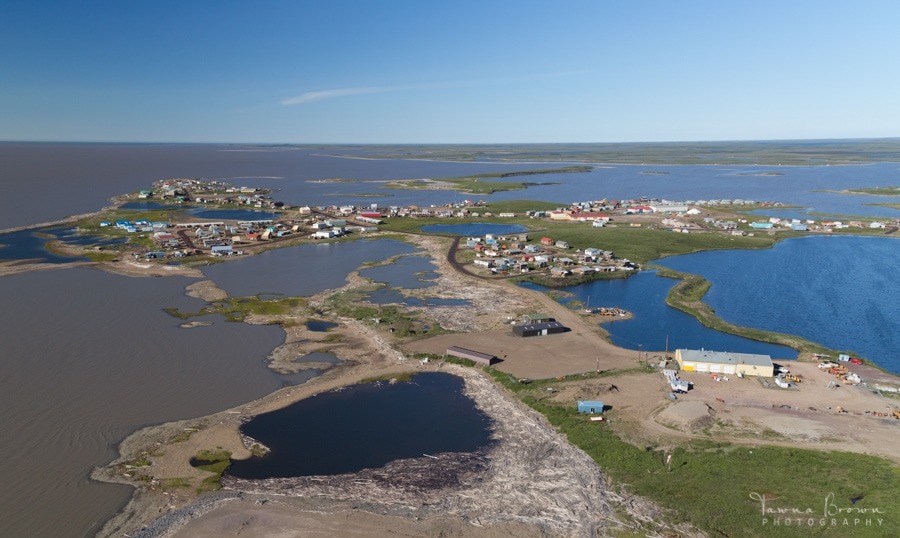 Located at the top of the world in the Northwest Territories, along the shore of the Beaufort Sea, the hamlet of Tuktoyaktuk (otherwise known as “Tuk”) and its 900 residents are being connected to the town of Inuvik (population 3400) and the rest of Canada by a year-round all-weather road for the first time.

Prior to the opening of the highway, Tuk was accessible only by plane, barge or ice road. The 187-kilometre ice road was a lifeline to the residents of Tuk, built for over 40 years, stretching over the Mackenzie River and the Arctic Ocean. 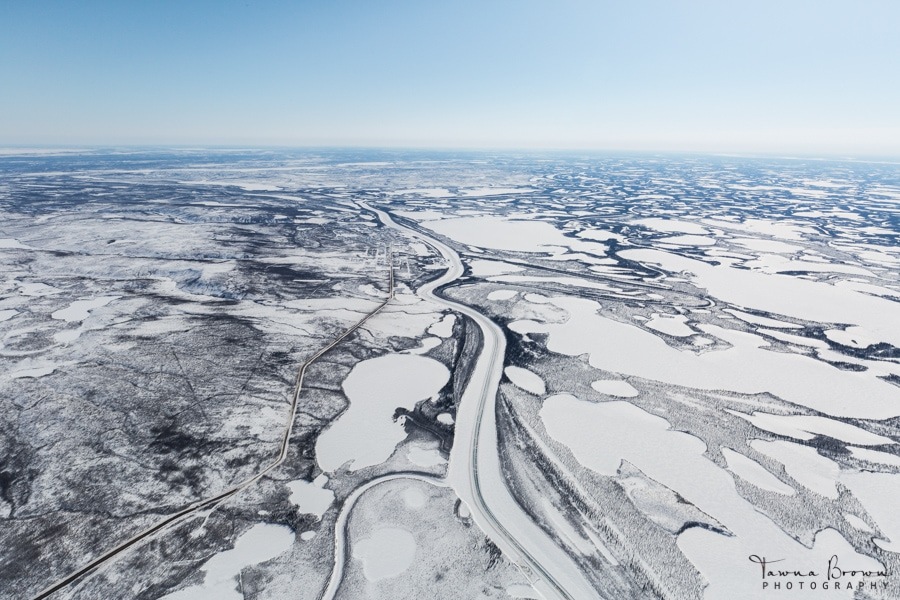 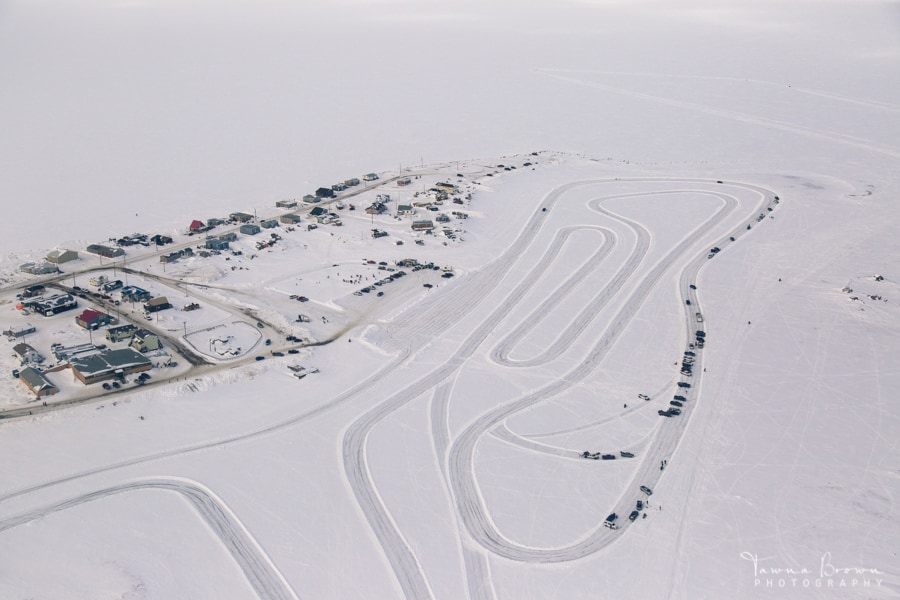 The Significance of the Inuvik-Tuktoyaktuk Highway

The Inuvik-Tuktoyaktuk Highway is so much more than a gravel road. While still very remote, the highway marks the end of isolation for Tuk and the beginning of a new era for the north. It represents a new and improved year-round lifeline to the residents of Tuk, giving them the freedom to come and go when they want. 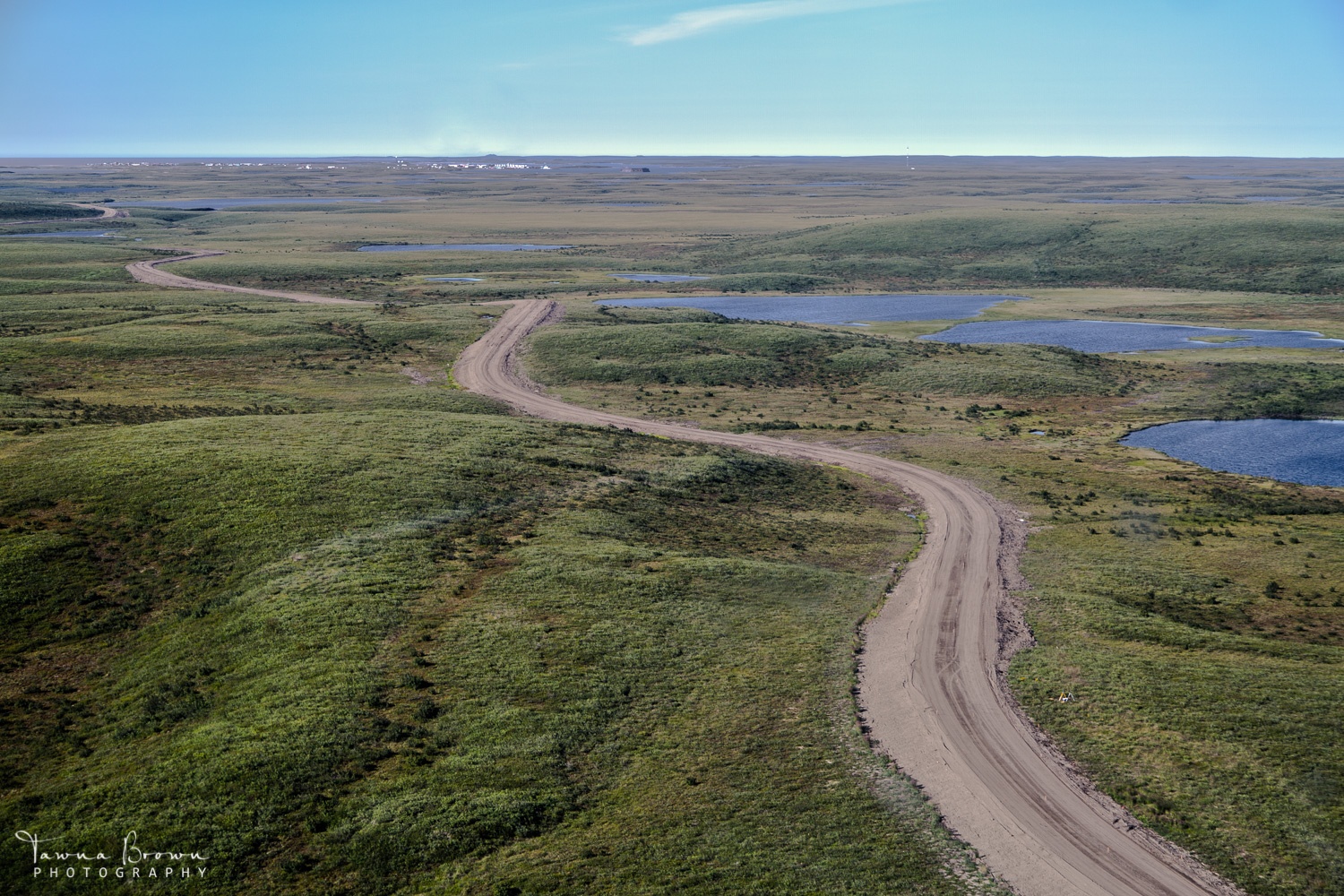 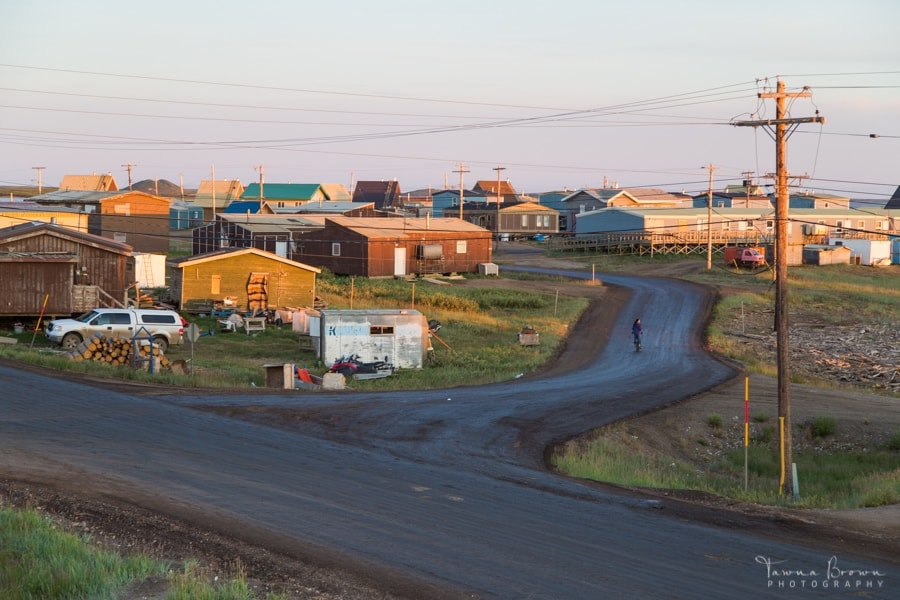 The highway will reduce the overall cost of living and increase the selection of goods available; create jobs and new economic opportunities, particularly for cultural and adventure tourism; increase social interaction with families and friends; improve access to health care and educational opportunities; and it will further Canada’s sovereignty interests by providing all-season access to the arctic coast. But most prominently, the Inuvik-Tuktoyaktuk Highway has been viewed as a major artery for offshore oil and gas exploration in the Beaufort Sea. 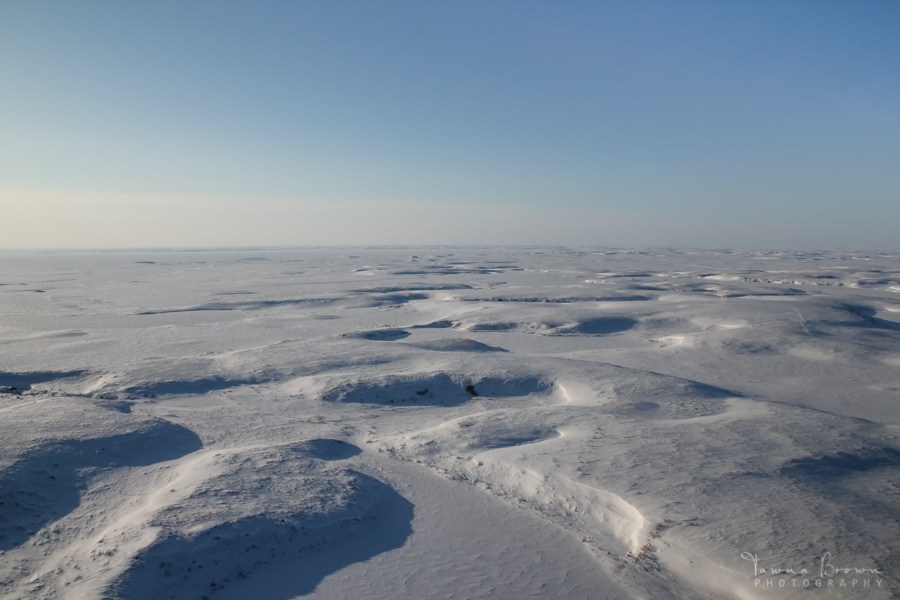 The Inuvik-Tuktoyaktuk Highway also represents the final segment of former Prime Minister John Diefenbaker’s Northern Vision of a “Road to Resources,” which largely materialized with the opening of the Dempster Highway in 1979, stretching from Dawson City, Yukon to Inuvik, Northwest Territories.

In early 2014, the Harper government gave the Inuvik-Tuktoyaktuk Highway project the green light and a strategic partnership was formed between the Governments of Canada and the Northwest Territories, each contributing $200 million and $99 million respectively, with a $229 million construction contract awarded to the joint venture EGT-Northwind Limited.  At that time, the main drivers behind the construction of the highway were nation building and the promotion of Canadian sovereignty, followed by economic development in the Arctic, including oil and gas, mining and the building of transportation corridors. 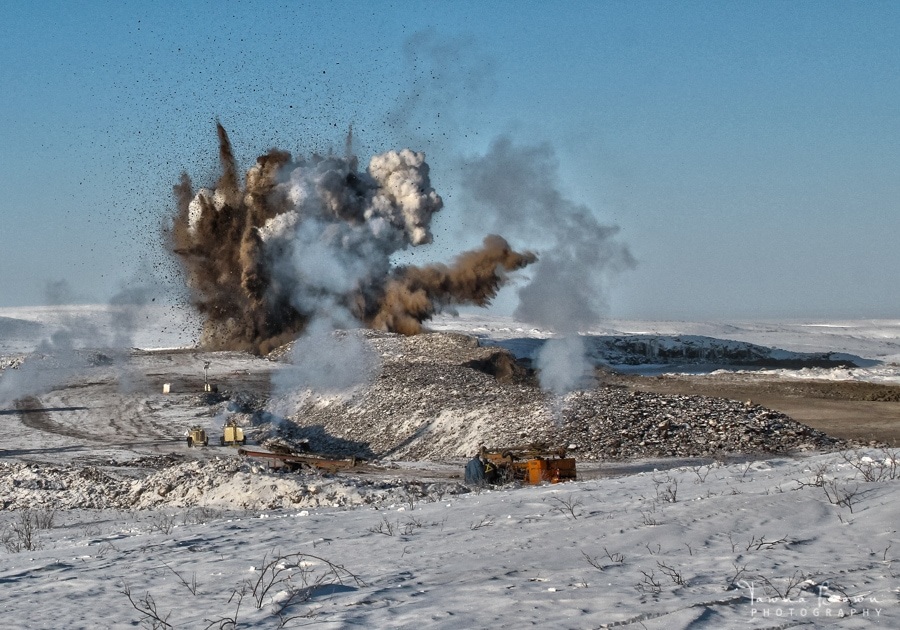 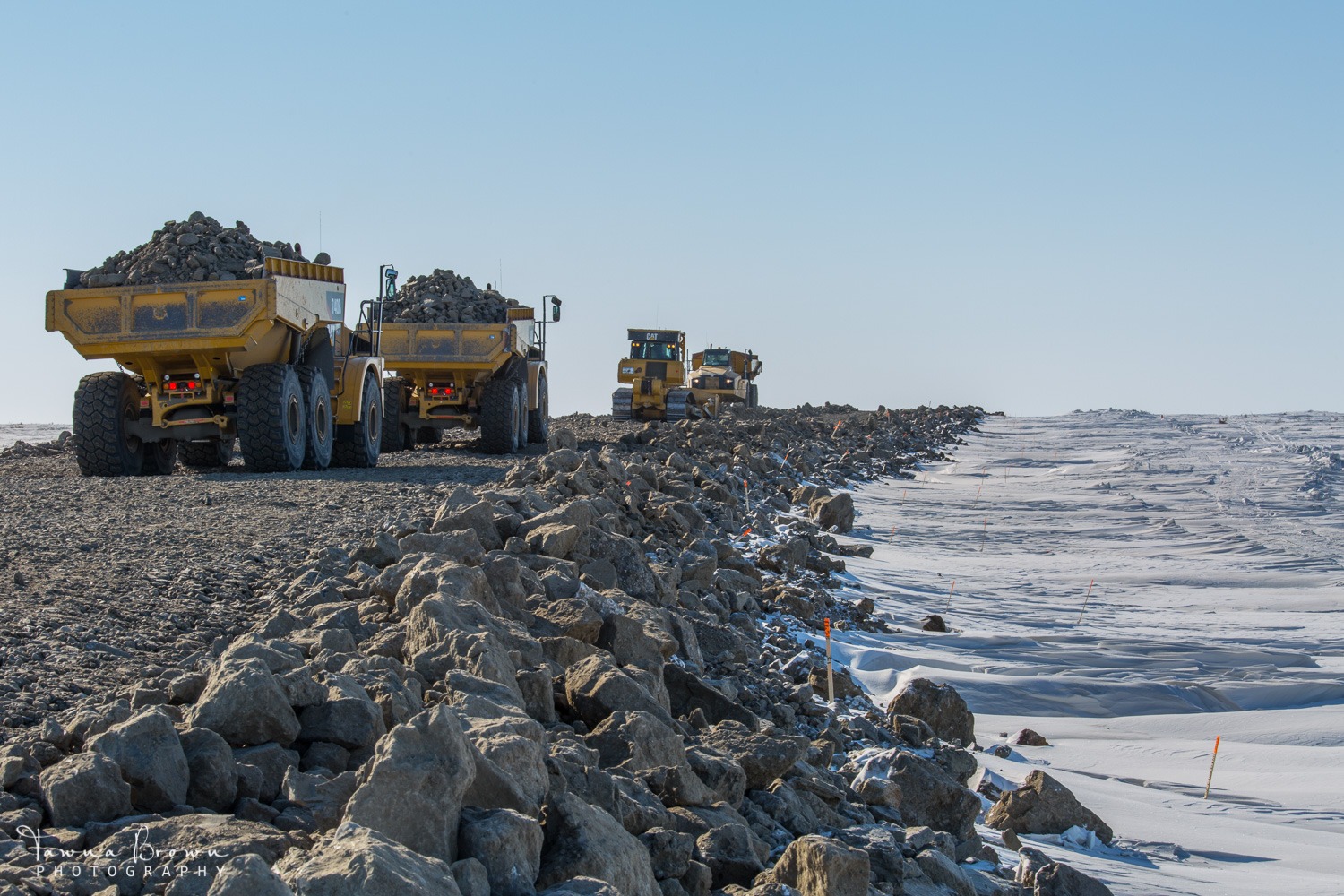 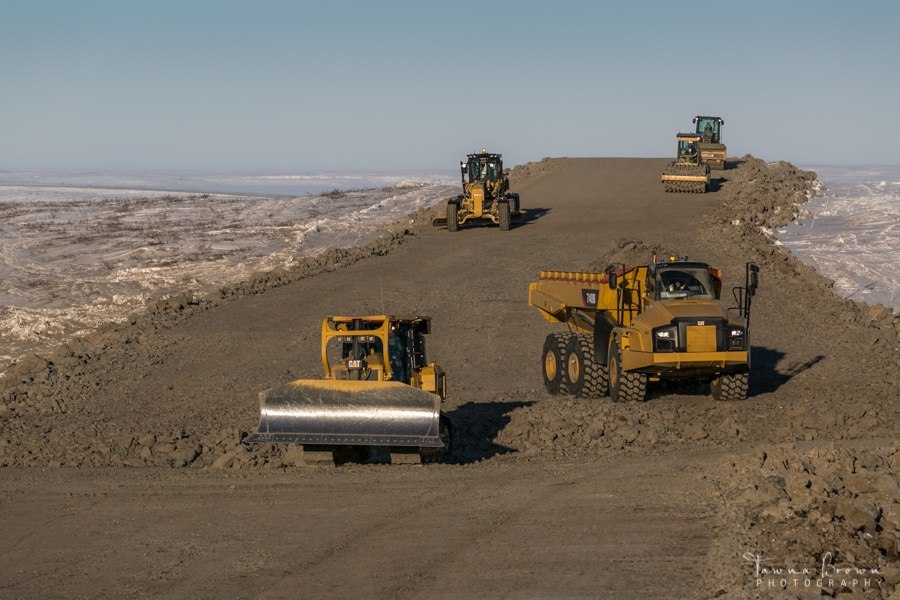 Fast-forward three years later. While Prime Minister Justin Trudeau shares some of the same priorities as Harper, in December 2016, Trudeau announced a moratorium on all new offshore oil and gas activity in the Arctic, renewable for a five-year period. Different Prime Ministers, different visions, different priorities.

On the local political front, the Premiers of both Governments of the Northwest Territories and Nunavut are very concerned and disappointed with Prime Minister Trudeau for having made this unilateral decision without prior consultation with the Indigenous and political leadership of the territories. This is because the economies of both territories are heavily dependent upon resource development and the territorial governments and Indigenous leaders should necessarily play a decisive role in determining what their futures will look like. The Prime Minister didn’t think so. (See news articles at the end.)

In the absence of any immediate new oil and gas development, tourism will surely become one of the significant new drivers of the local economy, with Tuk becoming the newest bucket list destination for adventure travelers from around the world. A road trip to the top of the world, where you can dip your toes in the Arctic Ocean, dance beneath the aurora borealis, go out on the land with local guides, and experience the arctic landscape and lifestyle. 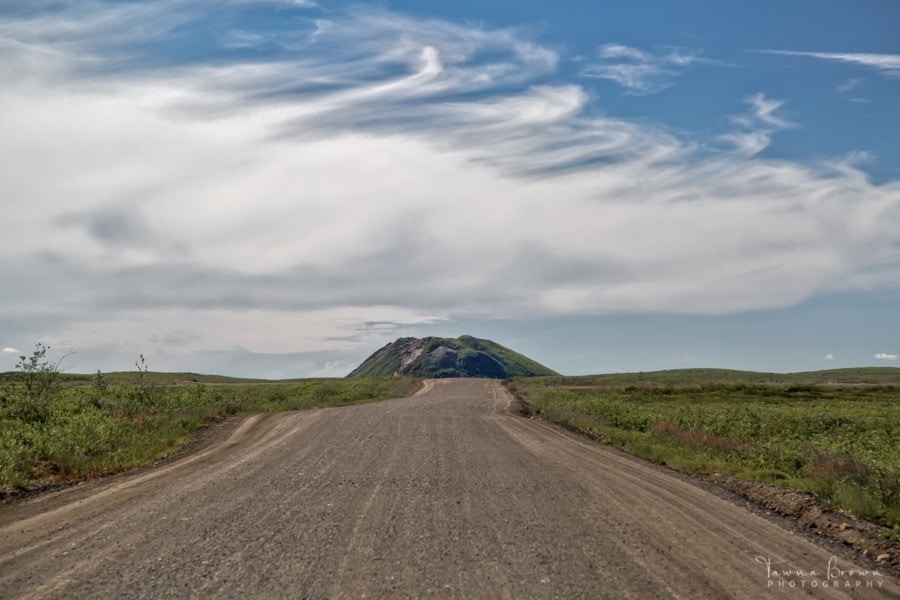 Both Inuvik and Tuk have much to offer, with breathtaking landscapes, wide-open spaces with unlimited fresh arctic air, interactions with local Indigenous cultures, beautiful handicrafts, and a range of year-round events and festivals that are unique to the region. 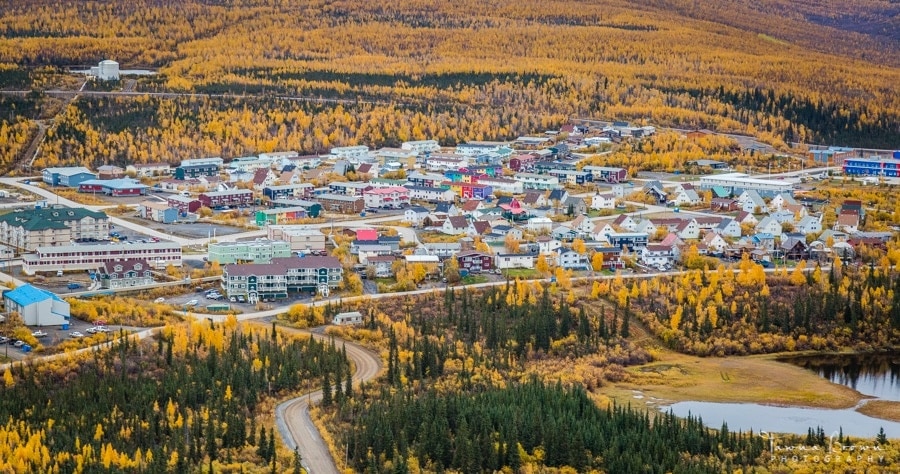 While Inuvik is already well equipped, Tuk has limited infrastructure in place to cater to an influx of visitors. At the time of writing this post, accommodation options in Tuk include the End of the Road Inn with its 7 rooms (which will soon be opening up Tuk’s only restaurant), and a handful of Bed and Breakfasts.  Immediate investments in building local capacity and new infrastructure will enable Tuk to accommodate the visitors and realize the great potential that tourism has to offer the community and region. New businesses, new jobs, new investments, new opportunities.

Construction of the Inuvik-Tuktoyaktuk Highway

The all-weather highway was built above the fragile tundra and permafrost, using a total of 5,000,000 cubic metres of gravel, enough to fill 2000 Olympic-sized swimming pools! The permafrost was covered with a special protective geotextile fabric and up to five metres of gravel in some areas. 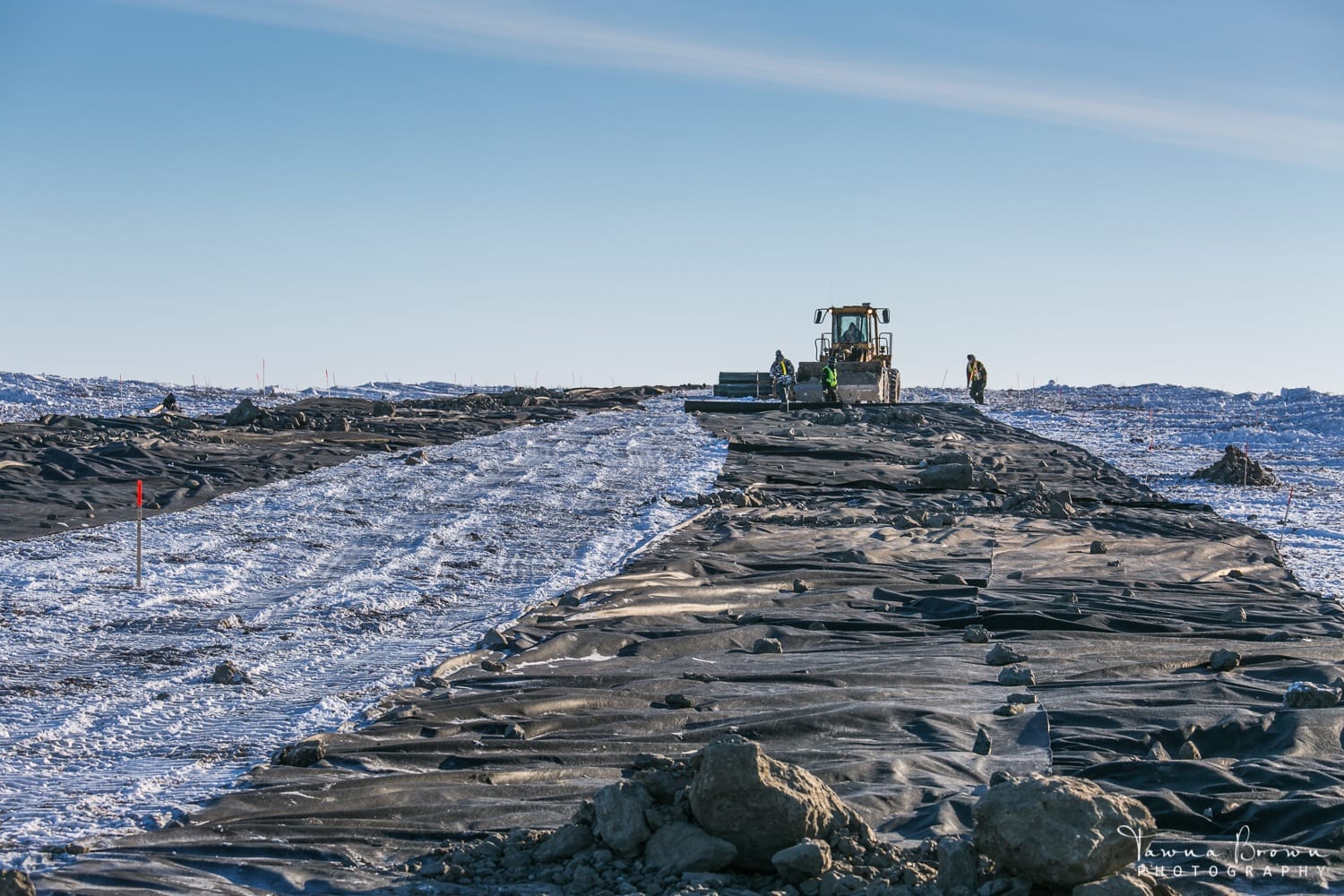 Given the location and complexity of this project, there were many challenges involved with the construction of the highway, ranging from equipment procurement and ongoing maintenance, regulatory requirements, time delays, shortage of skilled workers, engineering and environmental challenges and many more. 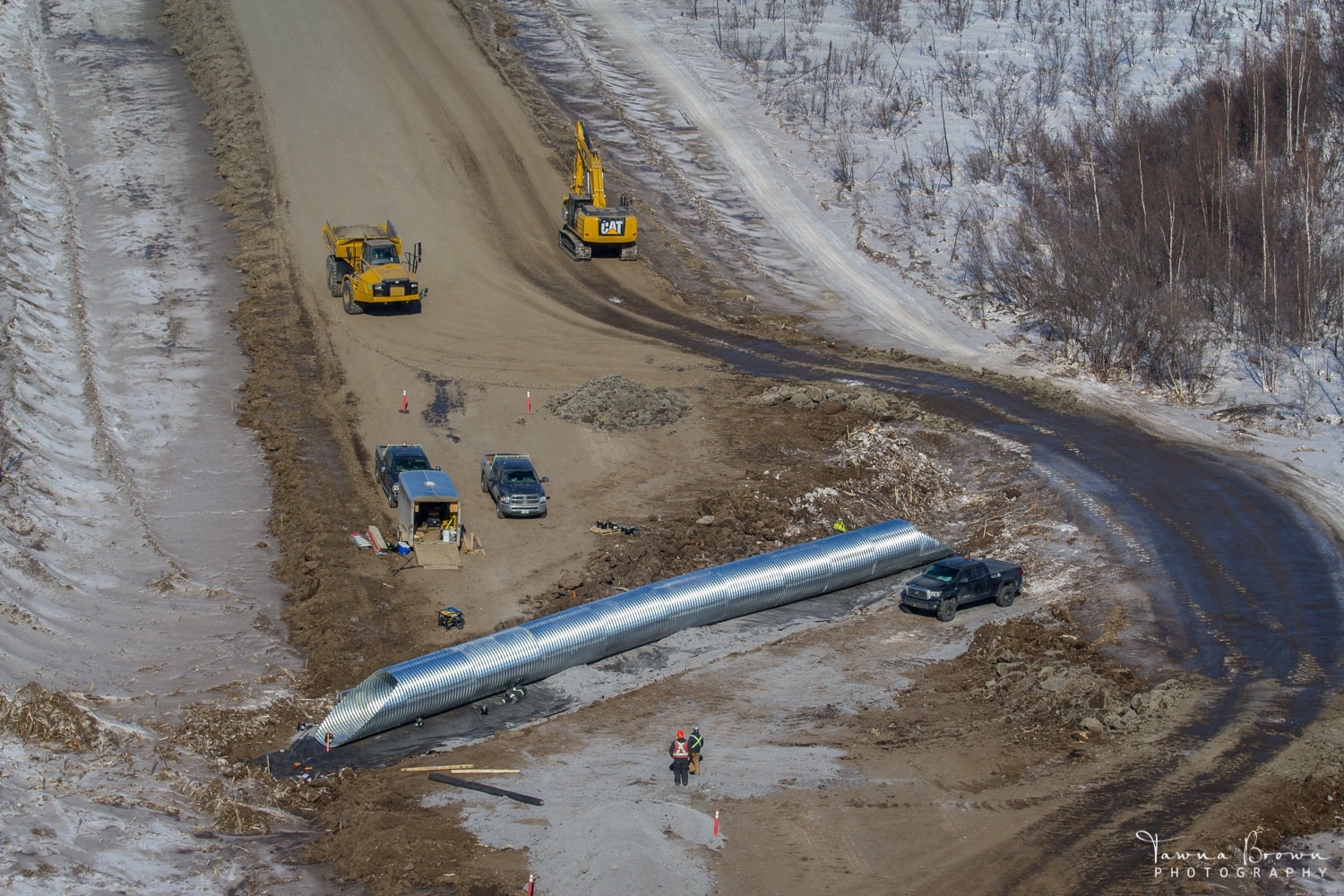 The majority of the construction necessarily had to take place during the winter season, when the ground was frozen (so as to not disturb the permafrost). This meant working in what many people would consider to be brutally harsh arctic conditions, 24-hours a day in 12-hour shifts, temperatures of -30 to -40 degrees Celsius accompanied with a skin-peeling wind chill, and nearly 24-hour darkness. The construction crews were hardcore and this was their reality for four years.

The construction of the Inuvik-Tuktoyaktuk Highway broke new ground in Canada, both literally and figuratively. There was little existing research to work with or similar infrastructure projects to learn from in other arctic regions of the world. The Inuvik-Tuktoyaktuk Highway is the new kid on the block and researchers from around the world will be monitoring it, studying the impact of global warming, the melting of permafrost, and the engineering that was involved in order to withstand these environmental challenges. 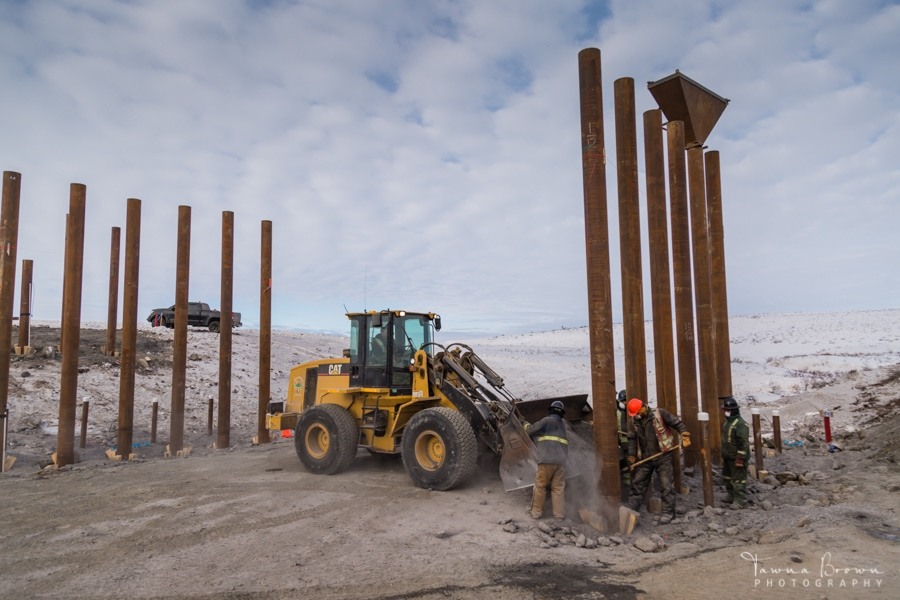 The Inuvik-Tuktoyaktuk Highway was and is an enormous feat of engineering, research, construction, and collaboration among numerous stakeholders. It started off over a half century ago with Diefenbaker’s dream of a “Road to Resources,” and in November 2017, after years of research, planning and construction, the Inuvik-Tuktoyaktuk Highway came to fruition. 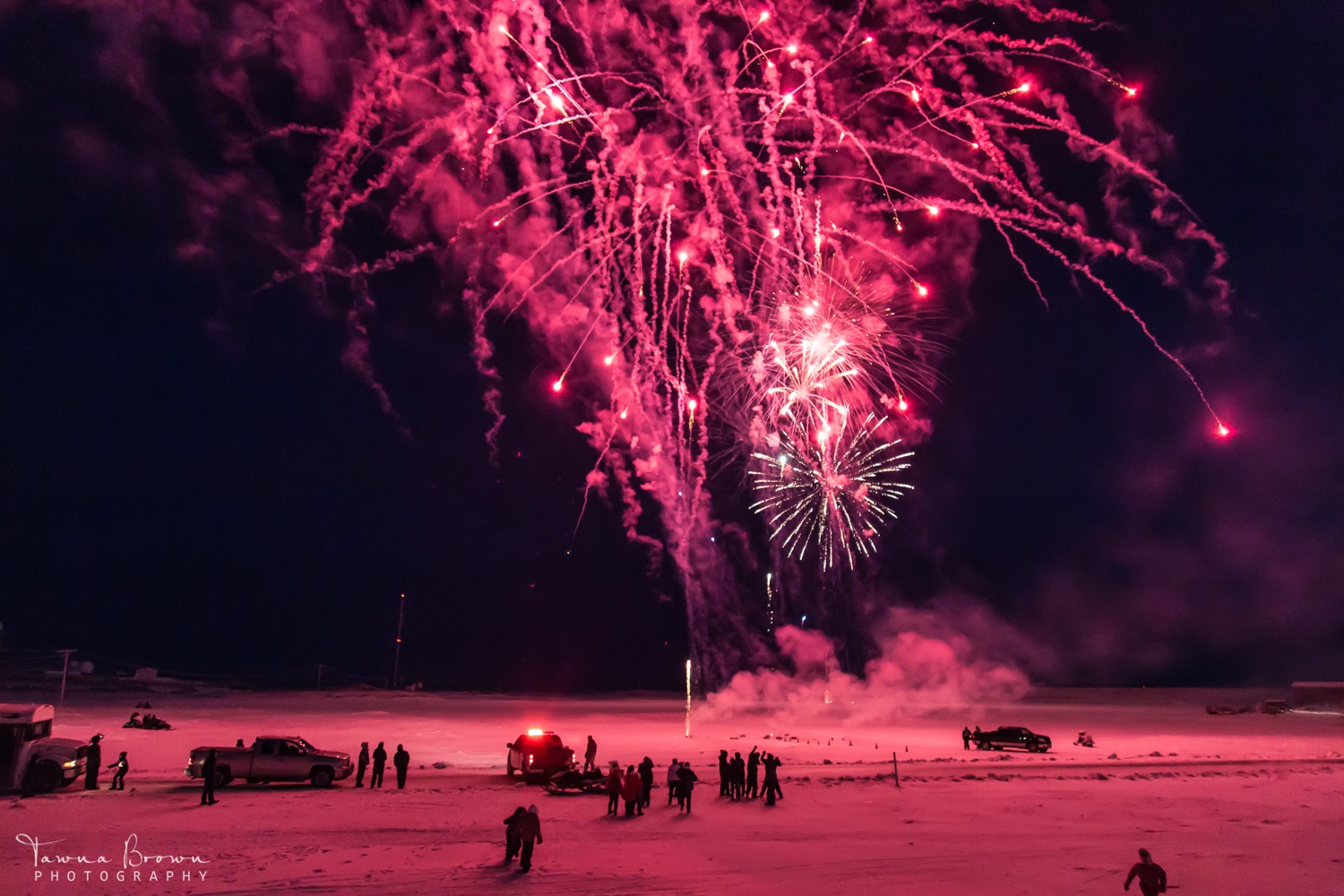 Congratulations to everyone who has played a part in the construction of the highway over the past four years, namely the project management team: Government of the Northwest Territories Department of Infrastructure and contractor EGT-Northwind Ltd, supported by their respective engineering teams. 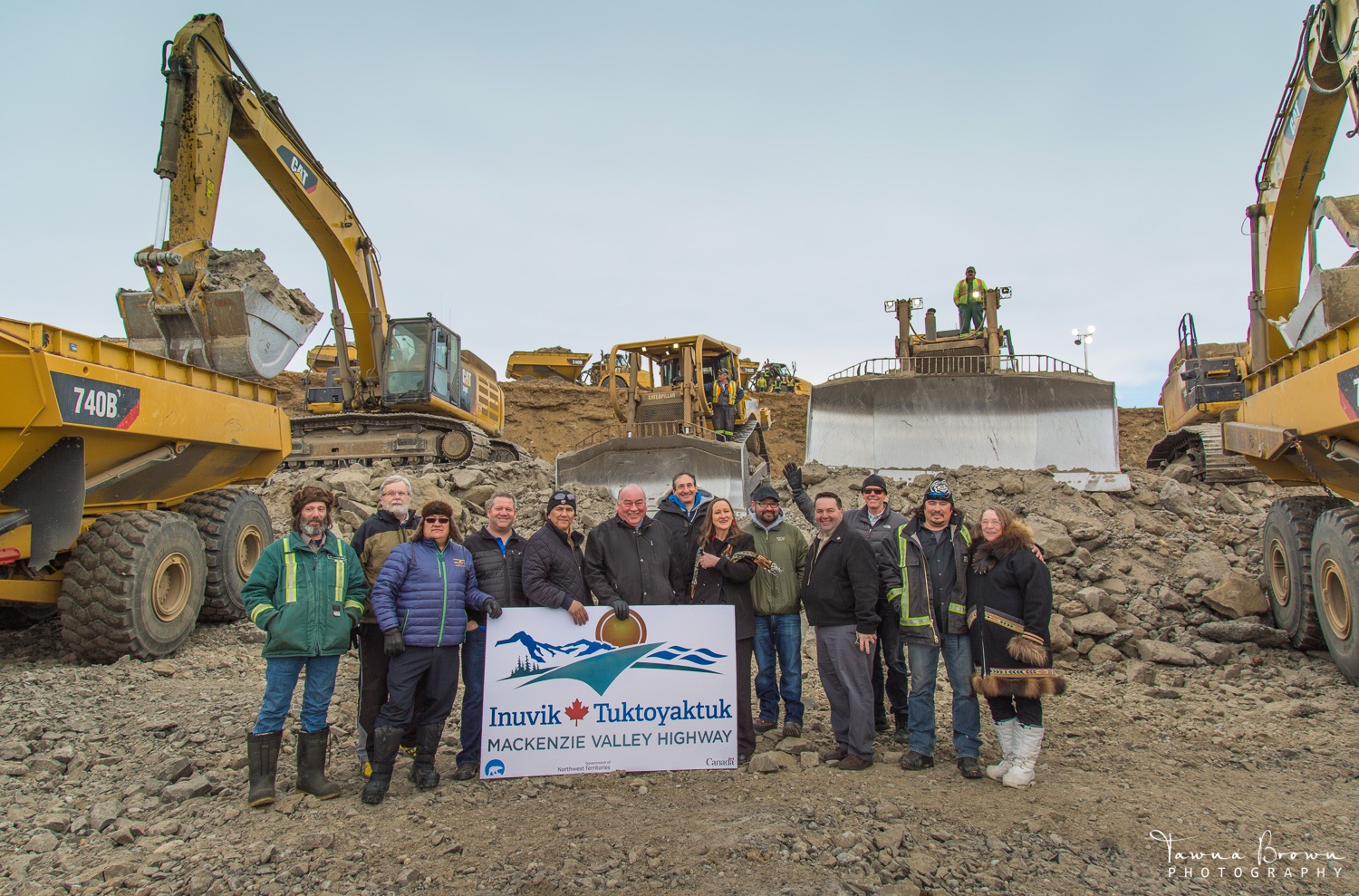 Each of you have directly contributed to a pivotal piece of Canadian infrastructure of monumental and historical significance. The Inuvik-Tuktoyaktuk Highway was the missing link that now connects Canada from coast to coast to coast.

While there is excitement and hope in the air, there is also fear and concern for what may come. The reality is that Tuk will never again be the same. Change is inevitable, but managed change can mean the world of a difference, especially for a community like Tuk. 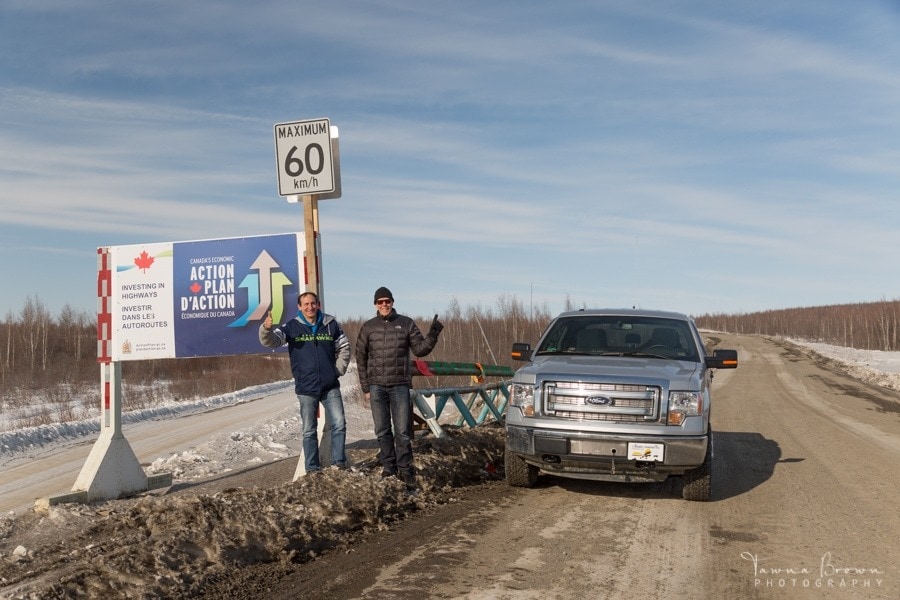 Are you ready to drive up the the road less travelled and experience an arctic adventure of a lifetime?  Whether it’s  spring, summer, fall or winter, the Inuvik-Tuktoyaktuk Highway awaits you… (Feel free to leave a comment below). 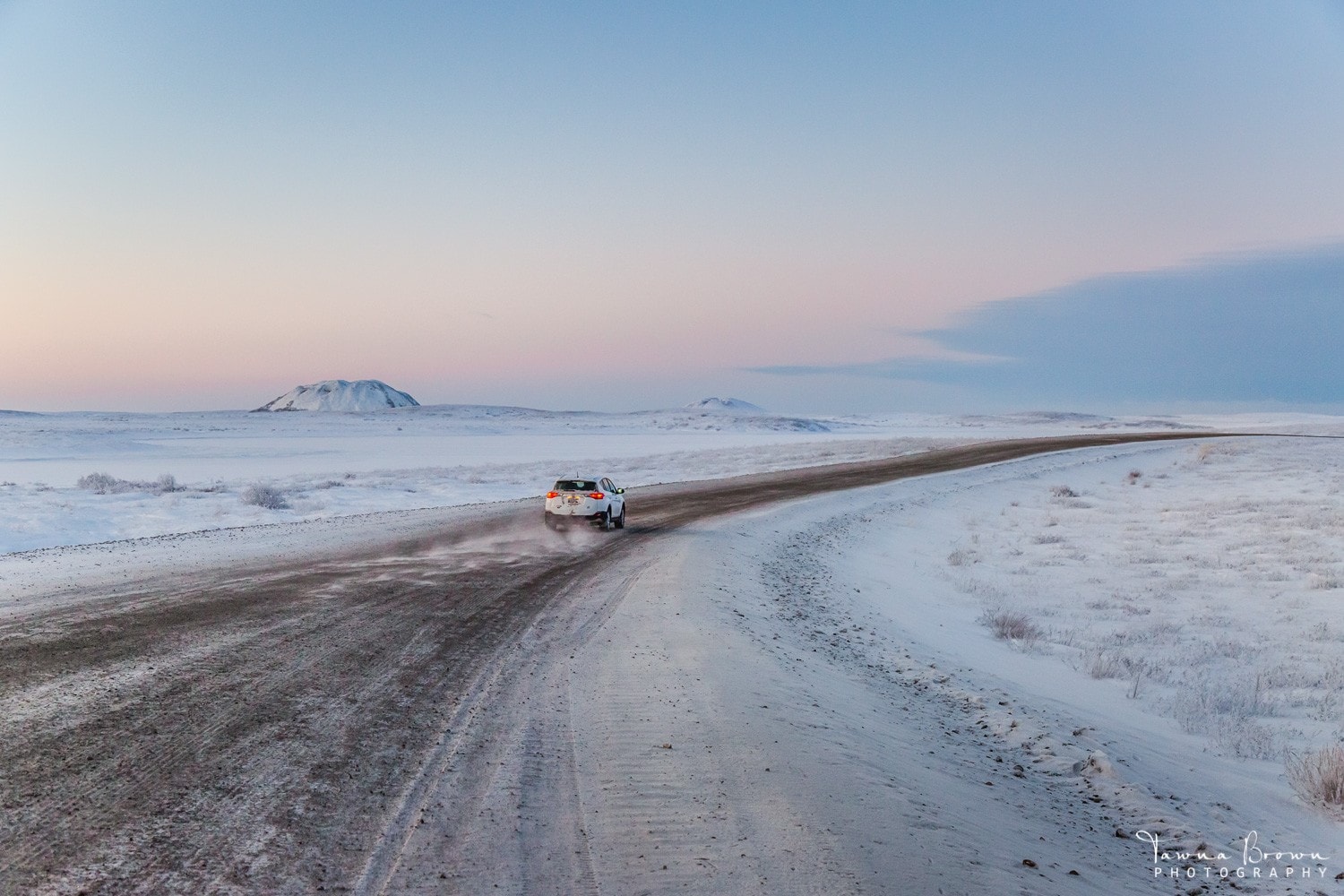 Angel Tika and I wish you another happy Friday! I

Don’t be afraid to show your true colours, whate

Sweet little fox kits. I love watching them! . If

Just chillaxing with a twig! Not a care in the wo

“You Have Great Taste Obviously”!!! I loved fi

Petsitting in New York City… Blue coming in for

The majestic Chrysler Building! She’s such a stu

I sure am going to miss beautiful Blue! (SWIPE for

Colourful nooks in New York City. I should have we

Walking around NYC, ended up in Washington Square

It’s an absolutely gorgeous day for a walk in Ce

Sitting at the Table of Love with Dogman and Rabbi

I love the colourful and fun nooks that pop up eve