Aurora Borealis – Spirits in the Sky 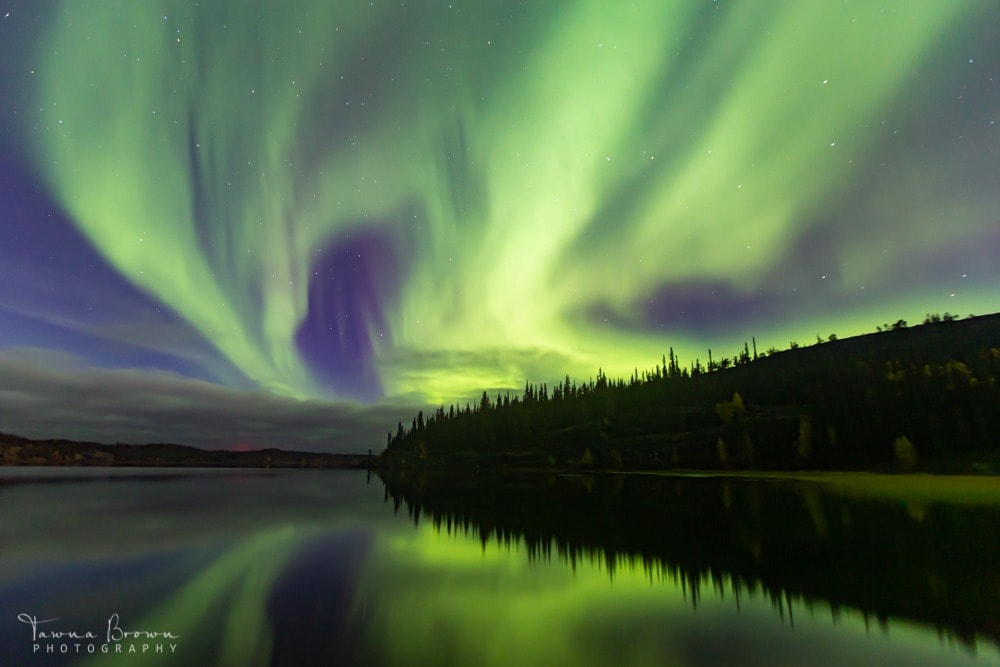 Witnessing the Aurora Borealis is a magical experience, no matter where you are. In Yellowknife, Northwest Territories – Canada, the Aurora Borealis (aka “northern lights” in the northern hemisphere) appear at night time (this is pretty obvious), and generally between the months of late August to March. I won’t attempt to get into the scientific explanation of this natural phenomena, just know that it’s something that you have got to experience in your lifetime. 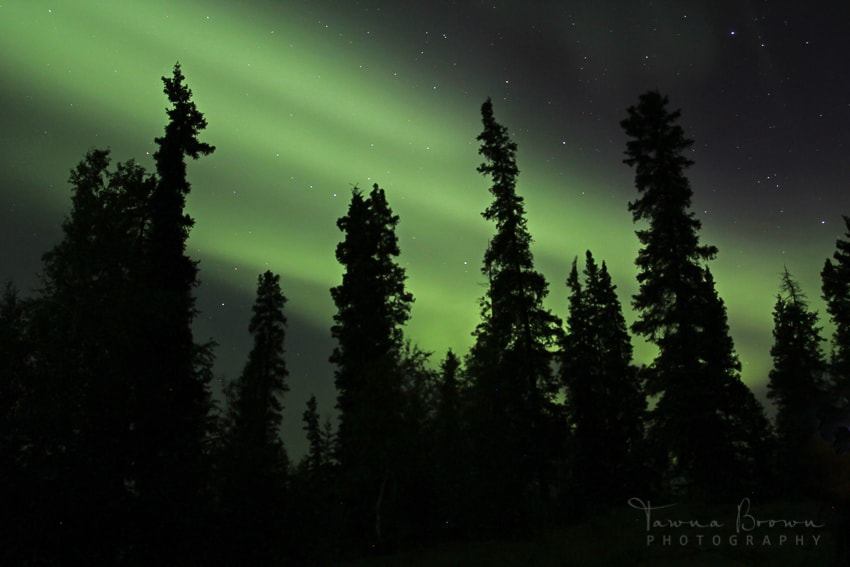 Having lived here for nearly all of my life, you’d think that I have witnessed countless Aurora Borealis shows. **WRONG** I am not a night person, nor do I like the cold (yet our winters here are long, dark and very cold!). So this means that I most often miss out on the Aurora activity. Then the next day, I hear people talking about the previous night’s spectacular show and I see countless photos and video clips posted on various Facebook pages.

However, stepping outside of your comfort zone is worth it once in awhile…that’s when the magic can happen. And this is exactly what I did last week. I came home one night around 9:00pm. As I opened my front door I noticed the Aurora dancing and waving in the sky above my house. A little voice inside told me that I should go out and “shoot” the Aurora; I do this maybe once a year, not even. It wasn’t too late, and the temperature was still decent (around +6 degrees Celsius, i.e. not cold). You wouldn’t get me out at the winter temperatures of -30 to -40 degrees Celsius! So, I decided to listen to that voice; I set the appropriate settings on my camera, grabbed my tripod and took off.

As I drove away, I noticed the spectacular Aurora show above my house and thought that would make a great shot. I made a u-turn, parked in front of the house and set up my tripod. That was the beginning of my shoot…in my own front yard! 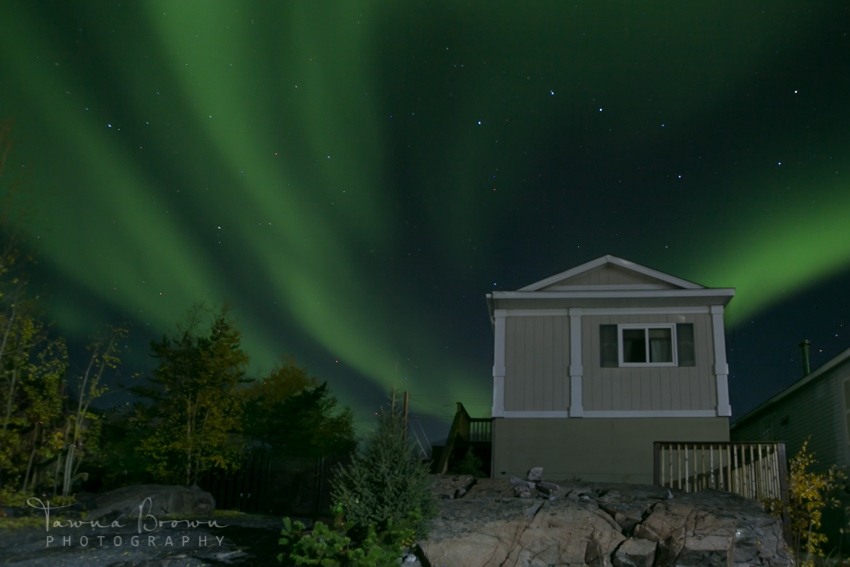 I then drove about 10 minutes on the highway, parked and walked in pitch darkness (with the help of my iPhone flashlight) to set up the tripod. This wasn’t the best place to park, as traffic was going by somewhat regularly, and I needed a good 30 second exposure timeframe without headlight interference. However, I chose to stay there, light interference and all, and I was happy with the resulting shots (although there are a couple of improvements I could have made).

This photo below shows my parked car, and a light trail from a passing vehicle. 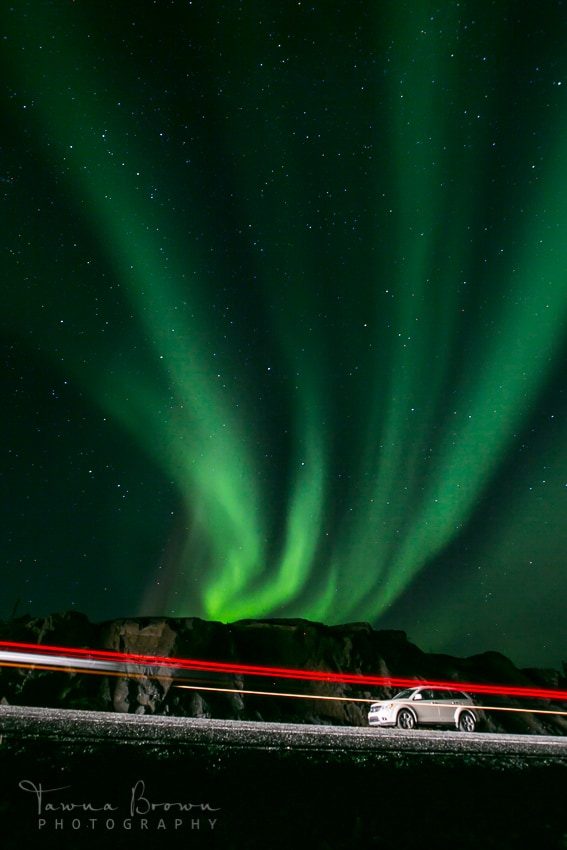 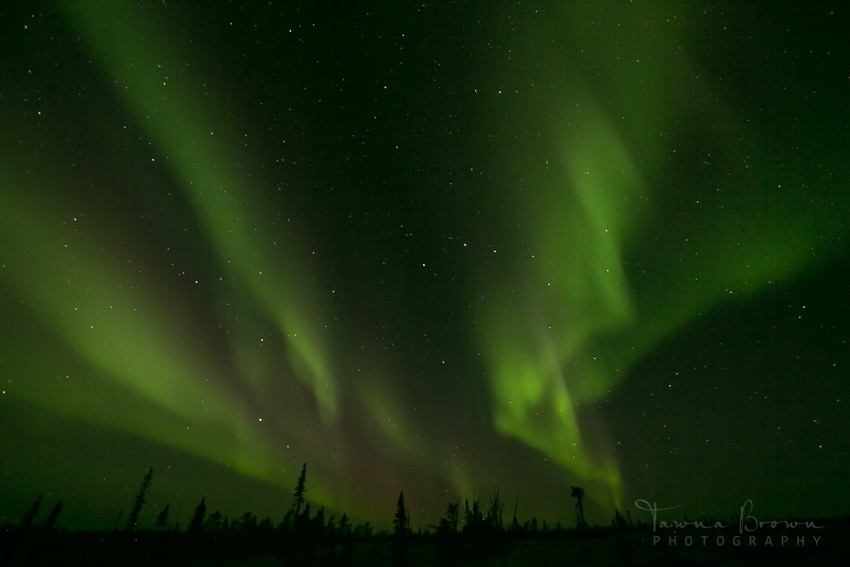 The Aurora Borealis were very active, they were dancing and intertwining with one another. The spirits in the sky were alive, swirling around in unpredictable patterns! It was a spectacular show and I was very satisfied for having gone outside of my comfort zone! 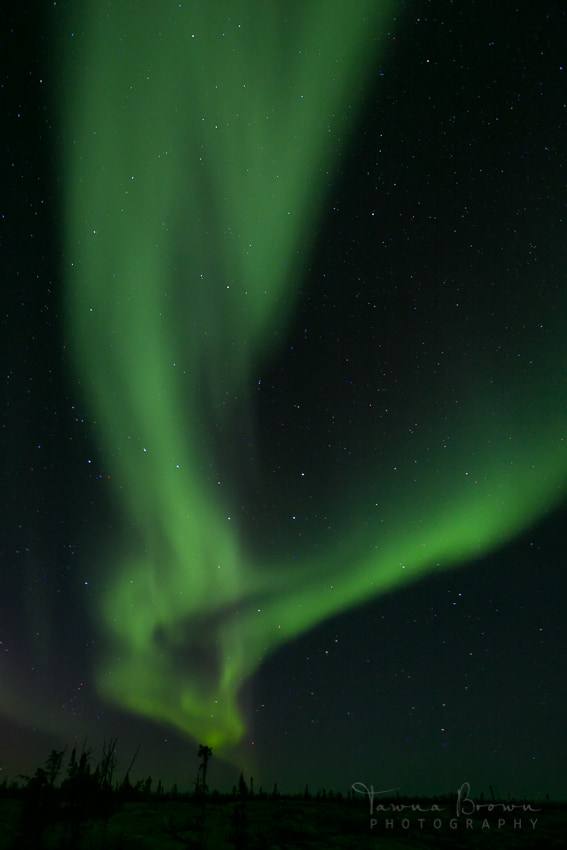 My Camera Settings (while these are not necessarily the “perfect” settings, these are the settings used for the images in this post):

For an incredibly AMAZING video of very active Aurora in Yellowknife, visit “Aurora Substorm – Real Time Motion” by Kwon O Chul. I must admit that I myself have never seen such a spectacular show, but this gives you an idea of how magical Aurora viewing can be!

For more information on Aurora tours in Yellowknife, please visit:

Have you ever witnessed the Aurora Borealis? Is this on your bucket list? What are you waiting for? Come visit Yellowknife, Northwest Territories during late August-March for a chance to experience this incredible show!

Now go out and do something today that involves stepping outside of your comfort zone! Or please share a story of when you did do this (particularly if it is a travel story), and what that did for you.

I would love to hear from you. Feel free to leave a comment below.

(Update: I am happy to report my aurora photography has greatly improved since this blog post was originally published in 2014.)

This is a little of what the “end” of my perso

It is a winter wonderland out there! We’ve had t

I’d decided to stay home this year for the holid

Preparations are under way for the big Christmas d